One of the objectives of the Iowa Lakes Corridor is to develop the next generation of successful entrepreneurs and leaders by encouraging youth to pursue the creation of new ventures and apply entrepreneurship concepts in their career endeavors.

The Okoboji Entrepreneurial Institute was first held in 2006 and provided a week-long business simulation and class-room training to 24 Iowa Regent’s University students, along with the opportunity to meet several successful Iowa entrepreneurs and experience the Iowa Great Lakes region. Now, 32 students are selected each year from the Iowa Regents Universities as well as Buena Vista University and Iowa Lakes Community College. The program has provided significant momentum and support for additional entrepreneurship programming in the region.

Junior Achievement is an organization dedicated to teaching students about entrepreneurship through hands-on programs. What began in 1919 as an after school program for high school students has grown to include middle and elementary school students, as well as programs that are incorporated into school curriculum. JA now reaches 9.7 million students worldwide each year; over 50 million have been involved in JA since its inception. Many schools in the Corridor region are incorporating JA into their curriculum. In 2013 and 2014, over 1,500 elementary students were part of the JA training.

The Iowa Lakes Corridor Development Corporation sponsored the first Middle School Entrepreneurship Academy in August 2008. Eleven youth from the region participated in a week-long camp at the Spencer Middle School, learning about developing a business idea and business plan. The program was offered again in July 2009 and 2010. The 2011 Entrepreneurship Academy was held in July at the Iowa Lakes Community College Spencer Campus. The 2014 Academy was held July 7-11.

Contact Brian Dalziel for details and questions about this program. 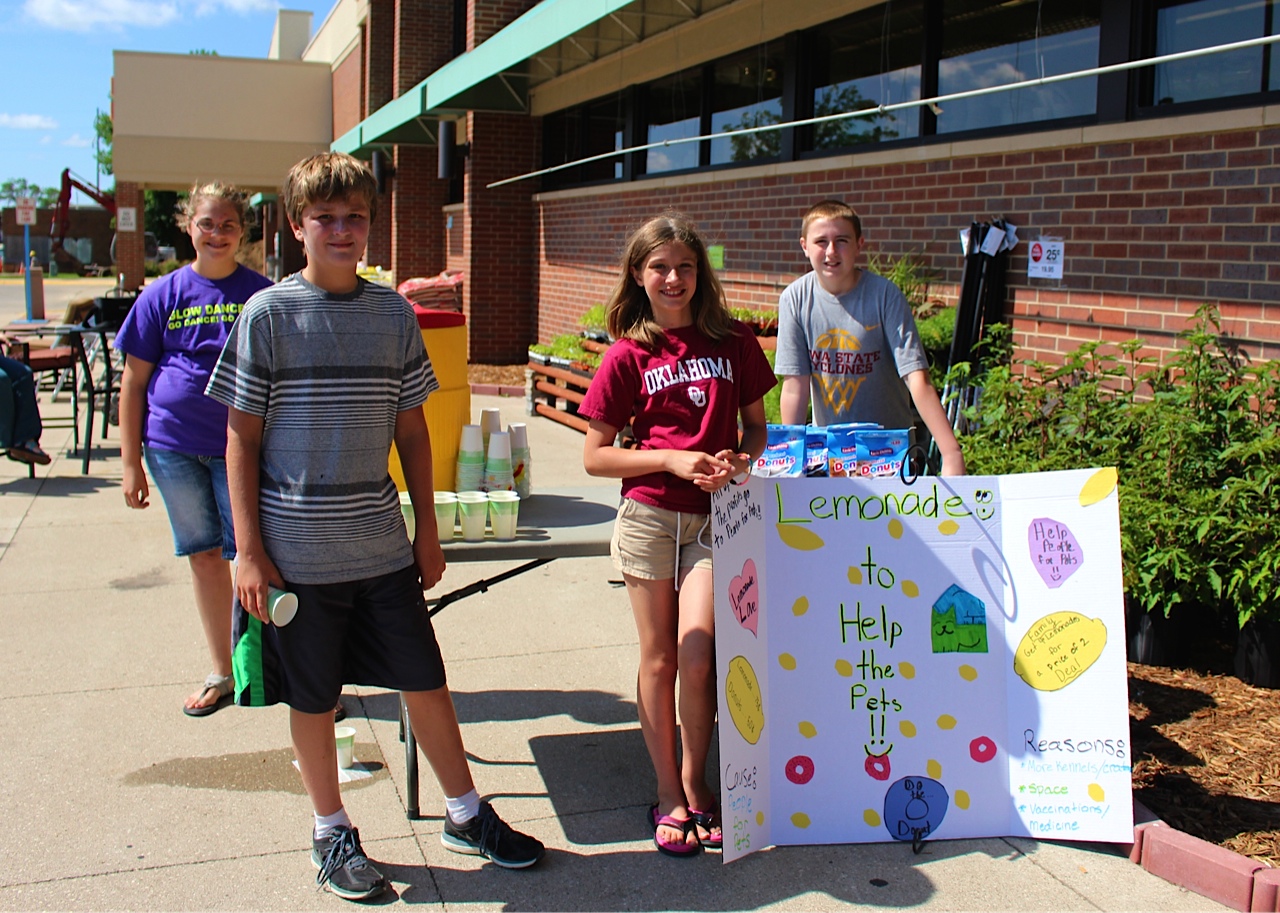 Students from the 2014 Middle School Academy set-up and ran lemonade stands with all proceeds going to local charities of their choice.